Diesel – who bit off more than he could chew!!

Diesel is a lovely 10-year-old Labarador who came to see our Soft Tissue Surgery Department in January. He had been very poorly for a few days beforehand after disappearing on a walk in the woods. Diesel returned to his owners with a very bloated abdomen and he was taken straight to his local vets (Village Vets, Whittlesford). After a couple of days, Diesel was not showing any signs of improvement and was referred to us. He was very weak and nauseous when he came in, and had a huge abdomen. X-rays showed his stomach was massively distended with material. 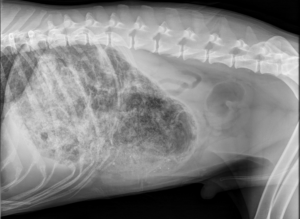 He was taken to surgery that same afternoon after being stabilised further with the help of our Emergency and Critical Care Team and our Anaesthesia Team. His stomach was opened and to everyone’s horror a rotten Badger was found! This was removed carefully and Diesel was on the road to recovery with the help of our fantastic Nursing Team. He quickly started to feel much better again but a couple of weeks later he was quiet and had a temperature. Further surgery revealed that an abscess had formed by his spleen. Having dealt with that, we are pleased to say that Diesel has now bounced back and is once again his usual lively self. His owners are much relieved and wrote to say “Thank you for your wonderful skill, care and attention. Diesel is now doing really well”.  In addition, they sent us some bespoke ‘badger biscuits’ which were delicious! 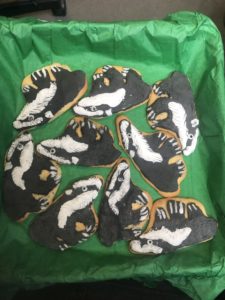 The full story of Diesels ‘unconventional’ eating habits can be seen at: https://www.cambridge-news.co.uk/news/cambridge-news/mischievous-cambridge-dog-gives-vets-19966196