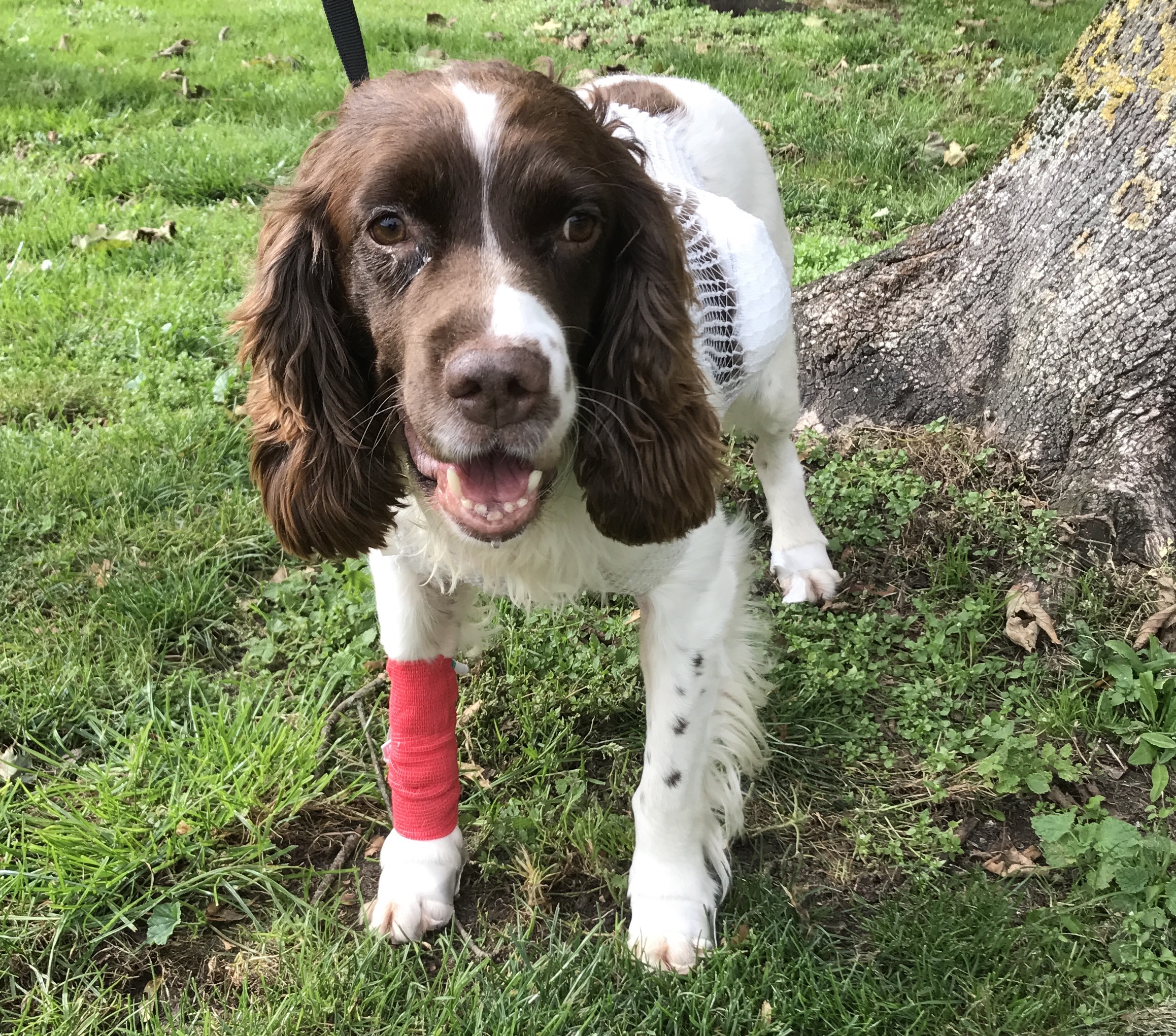 Alfie is a 7-year-old springer spaniel sent to us for investigation of his rapid breathing. An ultrasound scan showed infected fluid in his chest and a CT scan showed massive inflammation in the tissue around his lungs and heart. He was taken to emergency open-chest surgery but, during the operation, the MostCare monitor, an advanced cardiac monitoring system, warned the anaesthetist in charge, Nunzia Palomba, that a rapid deterioration of cardiac function was occurring, leading to cardiac arrest. This allowed prompt intervention, involving administration of emergency drugs (adrenaline and atropine), and the 2 surgeons undertaking the operation, Jackie Demetriou and Rob Quinn, immediately started to pump his heart manually. Despite this, Alfie’s heart still wouldn’t beat for itself and was in ventricular fibrillation. This is a heart rhythm that is actually more common in people than in dogs and consists of a series of rapid electrical impulses so that, instead of pumping blood, the heart chambers just quiver. The situation was critical and Head of Internal Medicine, Simon Tappin, had to use a defibrillator multiple times to deliver high energy electric shocks through the chest wall. Meanwhile, the surgeons continued to pump his heart manually between shocks. Fortunately, thanks to the available facilities, expertise and some very quick thinking, his heart started to beat again. We are delighted to report that the surgery was successful, Alfie made a full recovery and, after a 6 day stay in the clinic for intensive nursing and monitoring, he was able to go home, much to the joy and relief of his owners.