Thanks so much to Julie Dyson for sending this video of Dylan.

Dylan came to us in February of this year after having run on to a stick which then penetrated the front of his chest, skewering a piece of lung. This injury caused life-threatening bleeding and air leakage into the chest.

Earlier this week, his owner contacted us to say that he is doing really well, and that his chest has healed with no issues at all around the puncture site. Apparently he is behaving himself well on his lead and starting to enjoy exercise again. 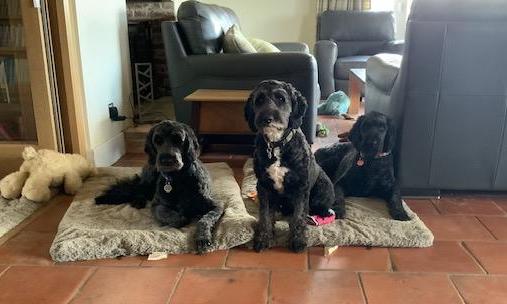 She sent us photographic evidence and we were delighted to see Dylan in such good form.